The Lord just brought a whole river of peace to me. It was just like I’m floating down the river, I have not a care in the world. It was just wonderful. 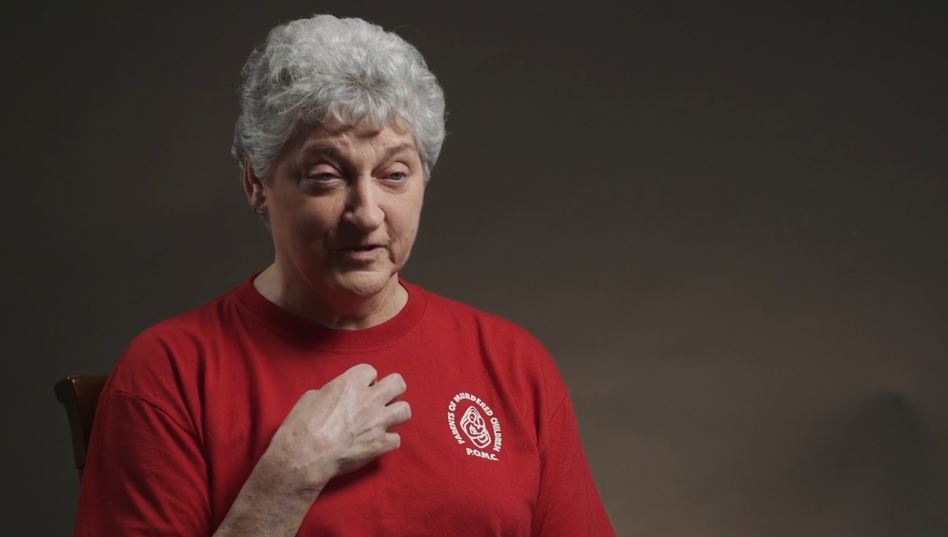 Many things had happened to Janet during that summer. Letters unsigned. Put sugar in her gas tank. A card with a picture of a coffee mug on the front. You opened it up and it said “Gonna miss your silly mug.” Janet brought that card to me and said, “Mom, what do you make of this,” never thinking that Janet would be dead 26 days later.

Pete was a friend of Janet’s, was a very nice young man. Never in my wildest dreams did I ever, ever, think that Pete would do something like that to Janet. If he loved Janet so much, why did he kill her?

In regards to forgiveness, of course in the first years it wasn’t something that even crossed my mind. You go through so many of the anger and all the steps in regards to grief. Back and forth, you don’t do it as you would go up a step. And I cannot remember the exact date when  all of this came to fruition, but all of a sudden I think the lord hit me on my head and said forgive those who have trespassed against you. So I thought okay, I need to pray about this and pray about this, and pray some more about this. I read a lot on forgiveness and prayed some more, and finally the Lord in my heart said yes, you can do this. And I have told Pete, it wasn’t this past parole hearing, but I think it was the third parole hearing, that I forgave him.

Anger is one of the many things that I have witnessed through other people who have lost a loved one, a child, to murder. Anger is not something that is in my heart. In forgiving Pete was a great burden out of my heart, out my head. The Lord just brought a whole river of peace to me. It was just like I’m floating down the river, I have not a care in the world. It was just wonderful. Through this terrible tragedy, the Lord decided to use me in the prison system. I was at Red Granite Prison one day, and this young fellow said, “Nothing surprised me about Carol’s story, with regards to Janet, she changed my life. I am now with the Lord.” I almost broke down, because you can do and do and do and never see the fruits of your labor. It was amazing.

The peace that I feel from the Lord is absolutely wonderful. So this gives me an opportunity to keep Janet’s memory alive through the Lord giving me this opportunity in the prison system.

This story, and all of our stories, are from people who call Door Creek Church their home. As you contemplate this story, may your faith be encouraged and your hope renewed. If you’d like to learn more about sharing your story, start here.