Better on the Other Side 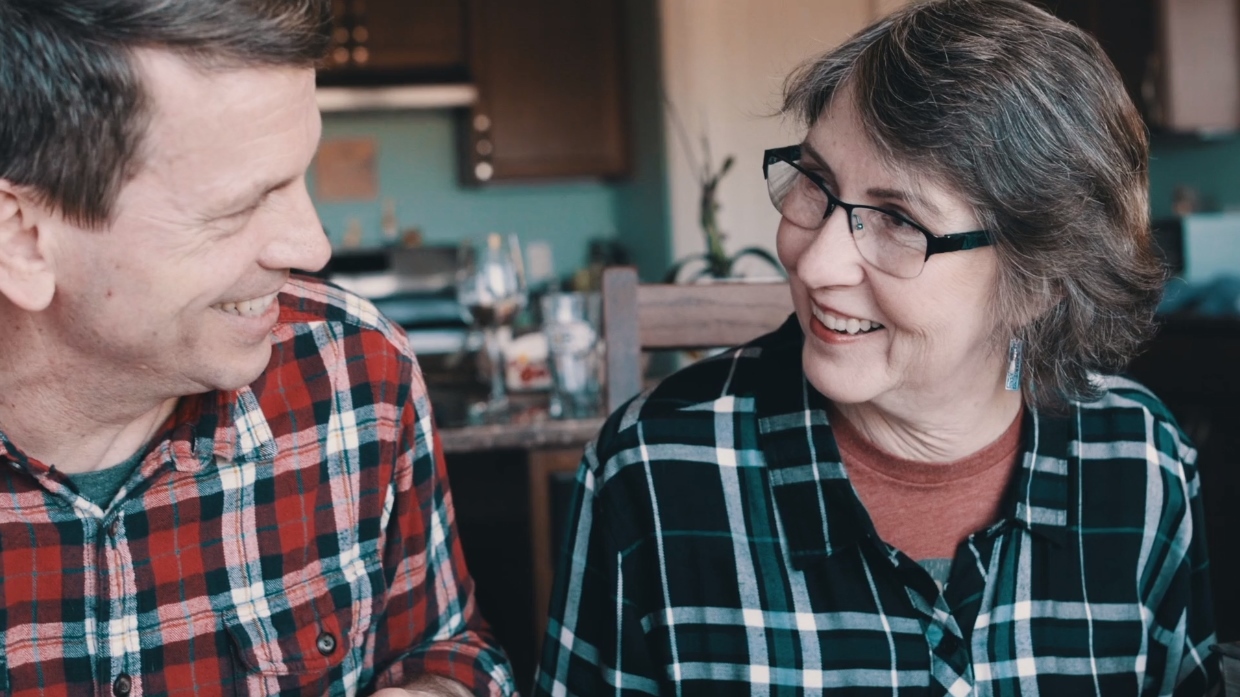 I grew up knowing who God was, and Jesus Christ. I knew who He was and that He was a part of my life - He just wasn’t as much part of my life as He probably should’ve been.

So when I was 17, I joined the Air Force, and then after I got out of basic training, I did go to church on my own. I don’t know if it was out of a force of habit, or because I missed it or if it was something that I wanted to do. I’m not exactly sure, but I went a couple of times periodically and then I didn’t really start going again until I got married. I actually got married when I was 20 years old. We had five children and they were each born in different cities because we moved a lot, and they’re each different religions because we were trying to find one that kind of fit.

Then everything changed rather dramatically. My wife of 14 years basically let me know that she no longer wanted to be married. And that was really difficult. I felt that everything that I had worked for up to that point was gone. I became depressed and I remember feeling that there was no reason for me to be here. I was going to go out and put a shell in a gun and that was going to be the end of it. But I very distinctly heard you can’t do this and I mean, to the point where literally I stopped in my car. In the middle of the road, I just stopped. And then I pulled over the side of the road and I was like - wow, I really can’t do this. As far as I could see there was no other way for that to happen and if I hadn’t heard that, I don’t think I would have stopped.

I’m 35 years old and I am divorced with five kids. So I was thinking how in the world am I ever going to do this? So sure enough, God sent me Mary. And long story short, we ended up getting married in 1997, and we’ve been married for 22 years. Prior to my “2x4 in the head moment”, my time with God was basically on Sunday for an hour in church and that was it. I didn’t read the Bible, I didn’t study anything, I didn’t listen to anything. It was just go to church on Sunday, do your thing and go on with the rest of your life. And when that 2x4 hit me, that changed my perception and my perspective of what I needed to do to not have to deal with that again.

So when Jesus died on the cross, the curtain was torn in two. I think that prior to my divorce, I still had that curtain there. I mean, I could pray to God, but I didn’t think it was really a relational experience, and I am learning that it really is about a relationship. It’s not about what religion you are, or the ups and downs, or the words that you say or how often you do this. Even in the time when I thought that this had to be the end, this had to be the end of my life, the end of everything as I know it, God took that, and worked it out for good. I mean, it’s easy now to sit here and say oh yeah, just trust God, but when you’re going though it, when you’re in the depth of everything difficult, everything bad, the other side of it has been that good, if not better.

This story, and all of our stories, are from people who call Door Creek Church their home. As you contemplate this story, may your faith be encouraged and your hope renewed. If you’d like to learn more about sharing your story, start here.